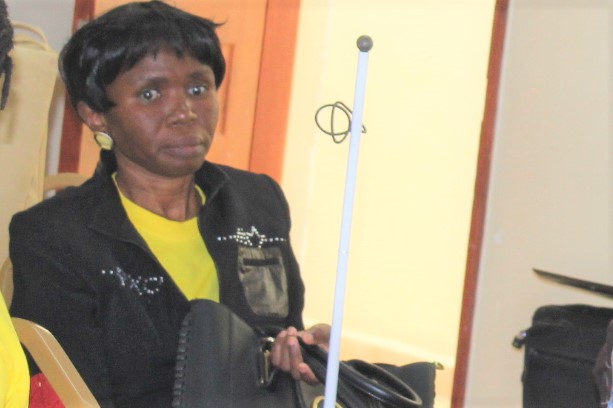 Doing Business While Blind: A story of Akinyi, from Rongai, Kenya

Being diagnosed with sight-loss is devastating. You first experience shock and denial. Then anger. Then fear and anxiety. You can be gripped with unending sadness and fall into depression-especially if you do not get the right professional to help you transition into the life you never imagined you could experience. Loss of sight changes your identity and severely affects even how you go by day-to-day life. We talked to Akinyi, a businesswoman from Kenya, who lost her sight in 2010 due to cataracts.

‘I lost my sight ten years ago. Before that, I would experience frequent migraines. Also, my eyes would turn red. The pain became unbearable. I was advised to seek medical attention. I went to the hospital for tests, and I was told I had cataracts in my eyes. I required an urgent surgery’.

Cataracts prevent the normal movement of light from the lens to the retina because of clump-forming proteins in the eye. They cause blurry vision. In severe cases, they lead to legal or total blindness. There are cases when the patient can regain vision through cataract surgery. However, for Akinyi, it was not only too expensive but also late because the problem had extended to the retina.

‘I underwent surgery. By that time, I could read. However, the doctors later discovered that I had a problem with my retina. So, they resorted to removing my natural lens and replacing them with implants. That is how I lost my sight’.

The loss of sight made Akinyi feel like she  had lost the opportunity to be productive. By that time, she had a shop where  she sold fish and ‘omena’, commonly referred to as dagaa. However, she could not efficiently manage it.  After reflecting deeper, she realised that the only thing she lost was the ability;not her role in the society. Therefore, she had to motivate herself into resuming doing business-even if it required doing it differently.

‘Regardless of my disability, I still ensure that I am financially independent. I sell fish and dagaa. I transport my products from Lake Victoria, Kisumu, to the city. Also, I sell ‘mali mali’ (second-hand items)’.

However, Akinyi has had her fair share of challenges. Managing people working for has been hard. Moving around to purchase products for sale is increasingly becoming costly.

‘I face a lot of problems. For example, every time I move, I have to dig deeper into my pockets. Also, some of the people I employ to help me sometimes neither take me nor the business seriously. They come late or even miss work without a valid reason. In such instances, I depend on good Samaritans. They help me sell and also look for the customer’s cash balance’.

Determined and hard-working women like Akinyi encouraged Hope Foundation for African Women, with support from the African Women Development Fund, to hold a three-day financial literacy and business management training. We wish to unlock the potential of women with special needs in business and support their financial independence through knowledge, skills, and financial support. 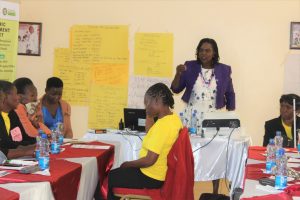 Akinyi ( in black coat, at the right side) participating in the leadership, business management, and financial literacy training.

‘I have learned that even if I have a special need, I can do anything. I can even fly to Dubai to purchase products to sell in Kenya. I can get married, have children, and live with my husband, like any other woman. I have learned to manage my business. Thank you so much Hope Foundation for African Women’. 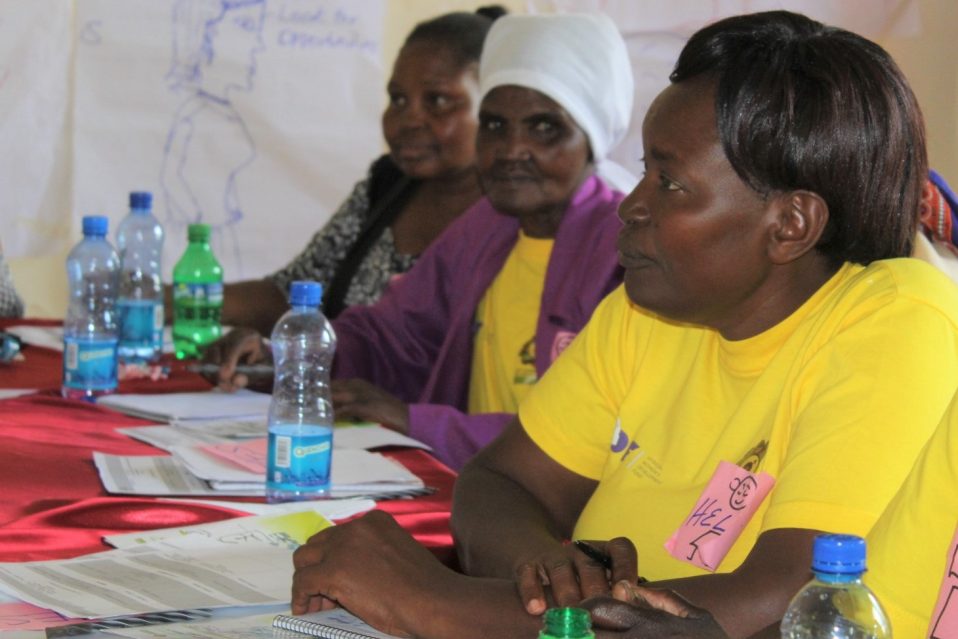 Polio causes a range of physical disabilities.  It leads to muscle weaknesses which may leave a person disabled. Although it often affects legs, it may affect the diaphragm, head, and neck. In 2015, WHO reported that transmission of Polio, a viral infection that can be prevented through vaccination, had been interrupted in Kenya. Nevertheless, many adults live with various disabilities caused by the condition. This is the case of Hellen Kerina, a high-achieving woman with deformed limbs (legs) who attended the financial literacy training organized by Hope Foundation for African Women.

‘I have a physical disability; deformed limbs. I developed polio six months after birth. So I have had to adapt with life with deformed limbs’, begins Kerina.

Living with any form of disability is difficult. However, Kerina believes that a disability should not be a hindrance to achieving a dream and being successful.

‘I started my construction company, Richen Investment Limited Kenya, in 2015 August.  A friend and neighbour told me that there were no people living with disabilities applying for construction tenders, yet there was a special consideration for companies owned by PWDs. He asked me if I could consider pursuing this opportunity. At that time, I did not have plans-leave alone the money to start a business. However, I decided to take a leap of faith and started the Richen Investment Limited Company’, Kerina enthusiastically explains. 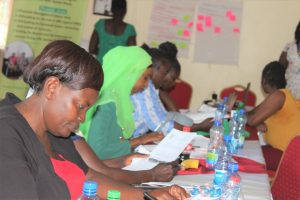 AGPO was launched by President Uhuru Kenyatta in 2013. The goal of the initiative is to encourage the ownership and growth of enterprises by special groups like youths, women, and people living with disabilities.  AGPO implements a legal requirement that at least 30% of government opportunities should be given to groups like youths, women, and PWDs. The government reports that the program has supported the growth of enterprises owned by women living with disabilities by giving them access to doing business with the government.  Kerina is among its beneficiaries.

‘I registered with AGPO after starting the company. I started applying for tenders. Luckily, I was given one worth 400,000/-. It was really motivating. Since then, I have done many projects with government agencies like KERA (Kenya Rural Roads Authority), for developing rural roads. My company has constructed roads in rural areas in regions like Kisii, Nairobi, Nyamira, and Kitale’, adds Kerina.

Although Kerina admits to enjoying the fruits of accepting self as a person with special needs and going for opportunities provided by programs like AGPO, not all PWDs feel motivated to do that. In fact, she acknowledges that the reason she could get tenders quickly is probably because only a few PWDs applied.

‘Before, people living with disabilities were not bidding for tenders. It may be because of the stigma associated with disability. Also, when a person living with a disability does not accept self, it holds him/her from opportunities. However, things are different today. I am happy to see many people with special needs bidding and winning tenders,’ says Kerina.

The consideration for special groups in opportunities to do business with the government has a downside. Unfortunately, some non-disabled people sometimes lure people with special needs into creating companies and bidding on their behalf. The trick blocks many deserving enterprises owned by special groups from benefiting.

‘I know a man with special needs who started a company, won a government tender and did the project. However, issues started arising after the government paid. He did not get any compensation for his investment in the company’, she adds painfully.

Kerina’s resilience and focus provide three key learning points. Firstly, she has resisted the victim’s mentality.  It may be the factor that has contributed to her success in the construction industry. Despite her disability, there is no indication of self-pity from her presentation and expression. She vibrates positive energy and enthusiasm towards life. Secondly, Kerina teaches women to have a fierce determination for success. She admits to having instances where she felt like giving up. However, she held on to the belief that she was destined for success. Thirdly, Kerina gives back. She has provided employment opportunities to many including other people living with disabilities.

The resilience, determination, and focus of women, especially those living with disabilities compliments the efforts of various government agencies and Non-governmental in providing leadership, business management, and financial literacy training. Hope Foundation for African Women, with support from the African Women Development Fund, believes in the potential of Kerina and other women living with disabilities in Kenya. The skills, knowledge, and mentorship are meant to ensure, the women believe in themselves and work towards success-just like Kerina.

Your ticket for the: Being A Woman, living with Disability, and Working in the Construction Industry: Hellen Kerina