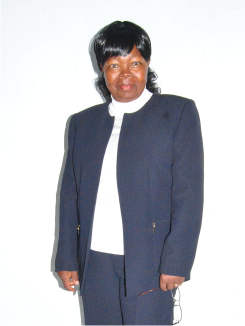 Hellen held the HFAW treasurer position and was actively involved in the direct project implementation since inception until end of 2014. Due to illness Hellen relinquished her position and took a low profile role. Hellen is a trained psychologist holding MA in Counseling Psychology from Daystar University Nairobi – Kenya, Bachelor of Education and Counseling and diploma in Human Resource Management, Alcohol and Drug Abuse, Business Administration, Peace Building. Hellen currently works with Nairobi Women’s Hospital as a Counseling Psychologist specifically dealing with cases of domestic violence, rape/sodomy and other forms of political and gender based violence. She also worked with Kenyatta National Hospital in the Department of Psychiatry as a Psychologist in Adult, youth and Child Psychiatric Clinics as well as Director of International Counseling Foundation – which advocates for mental wellness and rights of the vulnerable people/communities. She has also worked to provide psychosocial support to refugees / displaced people in which she set up support groups for people and families living with Autism, Alcohol and Drug Abuse, HIV and AIDS. She worked with COVAW, an NGO that advocates for women’s rights and strives to eradicate violence against women. Hellen brings deep spirituality to HFAW having initiated a movement in the Episcopal Women’s Unity which brings women together to support each other. Her passion for women’s issues is inspired by her own life struggles as last girl in a family of 8. She has passion for women’s rights and mental health issues. Hellen helped to cofound HFAW and is one of the HFAW 6 who took the popular education trainings and works as HFAW Board member, and a Consultant in Gender Based Violence.

Your ticket for the: Hellen Njoroge (MA)