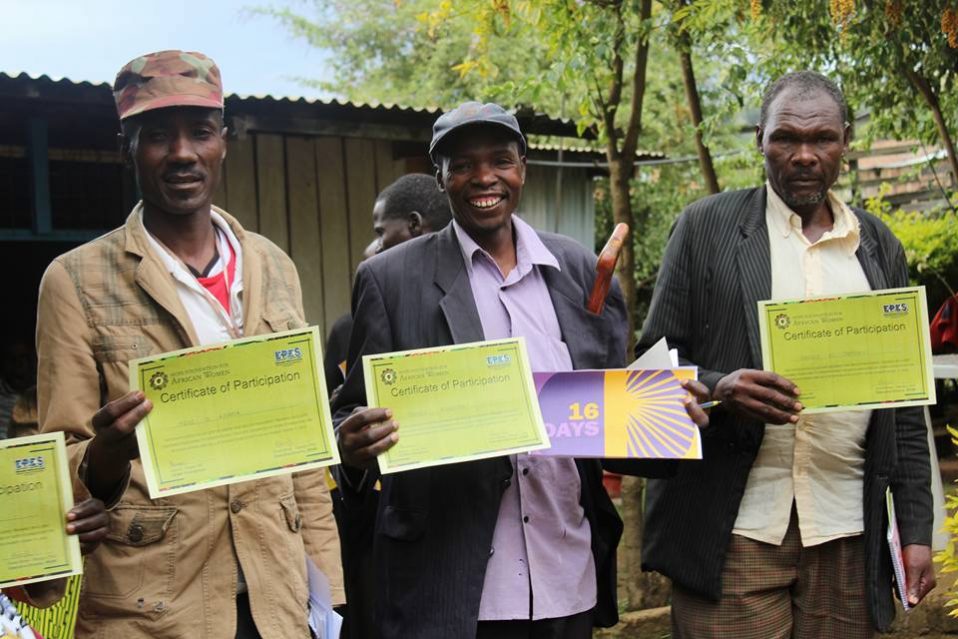 ‘We did not know that when they say have finished (cutting) they mean they have finished the girl child’….’If I was a woman, I would be dead now’ said Pastor Pareyio* from Kajiado North during a Popular Education training.

He confessed to not have known what goes on during the FGM procedure since men’s role is to provide cows and goats to be used for the ceremony.

Men in the room also declared that FGM should and will never happen to anyone they know.

Other men who have been on the forefront against FGM include;
The UN secretary general,
‘Now is the time for men all over the world have a role to take up the fight to end FGM with real dedication’ Ban Ki Moon

Perspectives from Barrack Obama,
‘There is no excuse for sexual assault or domestic violence, there is no reason that young girls should suffer genital mutilation, there’s no place in a civilized society for early or forced marriage of children. These traditions may go back centuries; they have no place in the 21st century.’ Barack Obama

‘The many forms of slavery, the commercialization , and mutilation of the bodies of women, call out to us to be committed to defeat these types of degradation that reduce them to mere objects that are bought and sold……,’Pope Francis.

Your ticket for the: Men Against FGM